About Out of the Grey 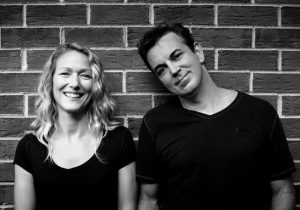 In 1991, Christine and her husband Scott released their first project on Sparrow/EMI Records, their self-titled album, Out of the Grey.

This debut album was ranked 47th in the book CCM Presents: The 100 Greatest Albums in Christian Music. 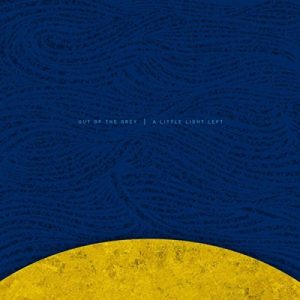 In the next 2 decades they created 7 more Out of the Grey recordings, including their recent, A Little Light Left.

Many of their songs topped the CCM charts, including "All We Need," "Nothin’s Gonna Keep Me From You,” "Steady Me," and "You’re The One I’ve Been Waiting For."

Christine’s various studio collaborations include Ashton, Becker, Dente: Along the Road in which she teamed up with Susan Ashton and Margaret Becker for stunning trio performances.

Christine’s solo projects, Becoming and Voyage, allowed her to experiment with her songwriting, branching out into new creative territory.

As recording artists, Christine and Scott spent many years in the studio and on the road, making music and raising their 3 children.

Now with more time on her hands, Christine is writing books about life, songwriting, and her life as an artist alongside her many other roles. As a mother, wife, and teacher, she reveals her struggles with balancing faith and fear. She also shares her joys with finding new personal freedoms as she gets older.

Music is still important in Christine’s life. She recently recruited her 25-year-old son Julian to record and produce 5 new songs she'd written. Julian Dente is also a songwriter and musician who brings his unique style to embellish his mom’s musicianship.

You can find Out of the Grey’s music, Christine’s music and books, and Julian’s music on Amazon, iTunes, and Spotify. For autographed CDs and books, go to http://outofthegreystore.limitedrun.com