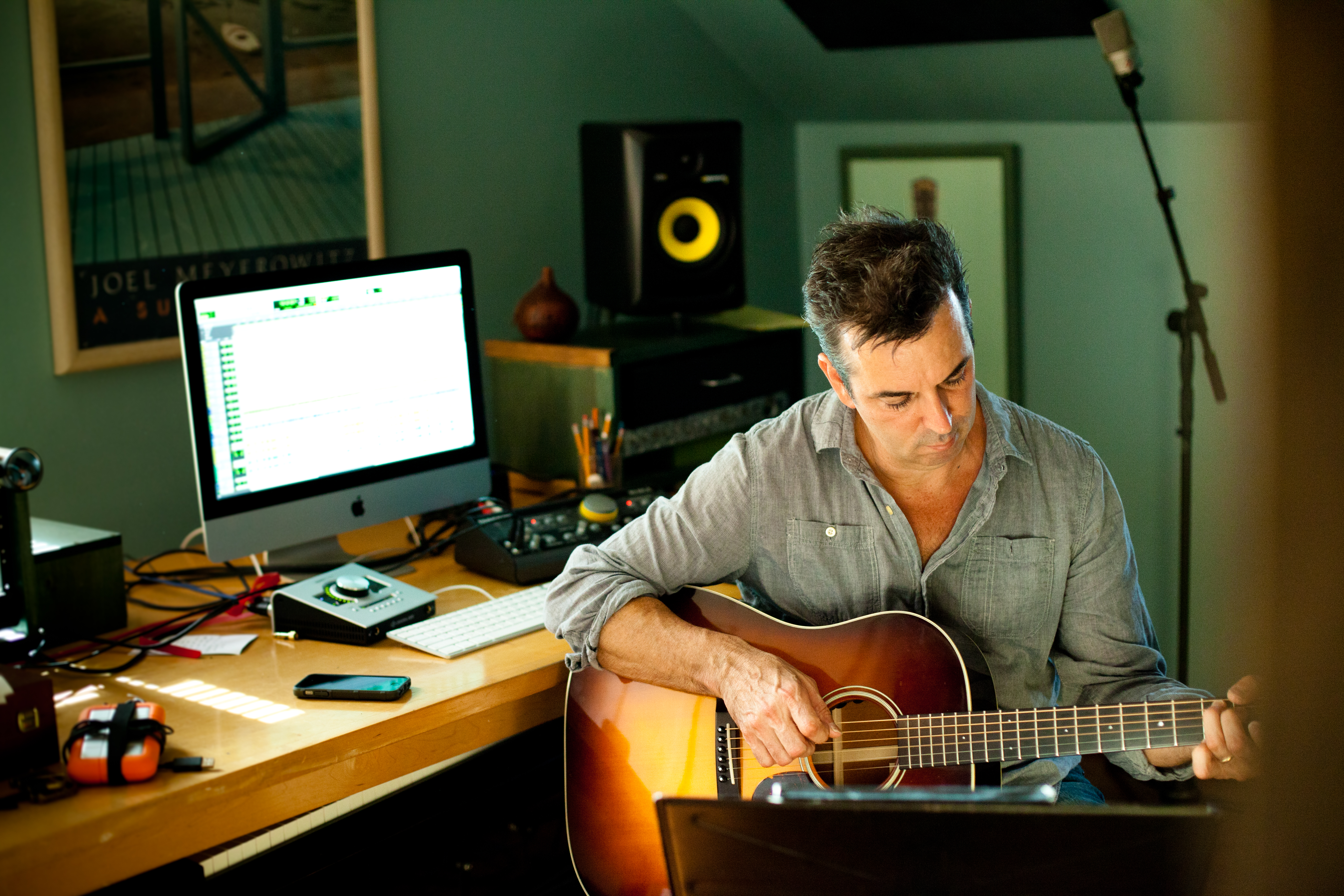 Inspiration can come from unlikely places. For example, whenever I hear the intro to Steely Dan’s song Aja, joy wells up in my chest.

I was studying songwriting at Berklee College of Music in Boston when Steely Dan became a favorite band. Their perfect mix of pop and jazz captures me to this day.

In one songwriting class, my teacher Pat Pattison drew attention to the lyric from another song of theirs titled, “Deacon Blues”:

To us young wanna-be songwriters in that classroom, that ambiguous line about dying behind the wheel was a puzzle and a revelation. Does the singer mean literally dying because he’s drinking and driving? Or is it metaphorical for being in control all the way to the day he dies? Or both?

Steely Dan’s lyrical and harmonic complexities sparked my desire to write songs with depth. Yes, I wanted my audience to discover a new layer with every listen. For those like me who are still students of songwriting, I offer these ideas:

1) Listen before you write.

You can write a better song if you hear a great one first. Find some inspiring music. For example, I like to set the bar high and get my creativity pumping with some Billy Joel or Joni Mitchell. Maybe a song from my teenage days that connects on a hidden plane.

Joe Walsh’s “Indian Summer” gets me every time. I find myself back on our family boat, cruising the Susquehanna River near Pequea, Pennsylvania. It’s September and I’m 13 years old. The longing and loss of innocence and freedom wash over me like the wake of a waterskiing fall. I’m ready to write that song now.

Yes, schedule your muse and expect her to show up. She might be groggy. Feed her some coffee and get to work.

Release your jewels and your drivel in the privacy of your writing room. You are practicing a habit. Later, you can pick and choose which ideas get to go outside and play. The rest can remain your sad and sappy little secrets.

Consider it your job to produce Quantity. Quality will emerge in spits and spurts. Sometimes pieces of one song actually belong to pieces of another song. Puzzle it together.

Pour your heart out and let emotions lead the way. Trust me, if your heart and gut are connected to your song subject, you’ll be able to go with the flow for a long time. Stay slippery and don’t let the inspiration dry up before you’ve caught and landed all of your choicest ideas. I have a few exercises for doing just that in my Singer/Songwriter Handbook.

Have you written some pithy lines and ideas in a notebook somewhere?

Do you have a few titles that make you want to sing?

Start with one of these and see where they lead.

“He is Not Silent” is one of my lyrics inspired by a book titled, He Is There and He Is Not Silent by Francis Schaeffer. I got all fired up while reading so I sat at my piano, pencil in hand. Borrowing ideas like “we are not quiet, we are not listening,” I came up with the chorus first. My creative burst followed closely on the heels of an inspiring title. Catch any thread you can and don’t let go!

Honesty is appealing, like the song with that title by Billy Joel. We’re all human and we love vulnerability in others (even though we hate to reveal it in ourselves). Show some brokenness, a chink in your armor. The Chainsmokers have a cool song called “Honest.” They sing the truth about life on the road and on the radio. Their candor draws me into their artistry.

Read my short blog here about vulnerability in songwriting and recording new music.

What am I saying? Plagiarism is a dirty word. Don’t do it! But, hey, we are all imitators. None of us comes up with a completely new song idea.

All creativity is derivative except the original Creator’s stuff. Everybody copies His work. So celebrate your influences.

Borrow—don’t steal—a few ideas from a good song. Next, get to work crafting it as your own. Be certain there’s no direct copying. You know what happens when you infringe on a copyright, right? Write!

7) Be relatable and relevant.

No one gets a pass in this life. Hard is part of living.

If you’re like me and you struggle with faith in God every day, then say so.

Do you want to write a song about living with pain? Go for it, but I might beat you to it.

Want to sing about how staying in love is not easy? Then write that song. I did just that in “To Keep Love Alive.”

Teens love Taylor Swift because her music is relatable and relevant to their lives, like in the song “We Are Never Ever Getting Back Together.”

Take some risks. But only if you’ve got a point.

Controversy for the sake of drawing attention and outrage is not legitimate artistic expression.

However, there will always be blurred lines. From Randy Newman’s “Short People” to Madonna’s “Papa, Don’t Preach,”artists often try to shine a light on an important topic. Certainly, we write at our own risk. Everyone in the crowd won’t be jumping up and down. But some may be getting the message for a change.

Should I use “the” or “and” in this line? It is a solid question when writing a pop song. The nuance of such little words affects the song’s meaning.

Also, pop music doesn’t give you time to spread your ideas out. They’ve got to be short, sweet, and carry a lot of meaning. Like poetry, each word can have a well of eloquence beneath it if you take the time to dig in.

10) Hunt and Kill your throwaway lines.

Admit it, you’ve held on for dear life to some crappy lyrics.

You wrote them on the fly and they fit.

But they’re so predictable, so done already. Get more creative!

Much of modern worship music, for example, has lots of cliche´and little imagination. Many mainstream pop songs, too. Boring.

They can be placeholders but eventually erase you must. Hire someone or cover your eyes and take a stab.

Kill those darlings because you know they’re just no good.

11) Bonus Tip: Be an Expanding HuMan.

Learn to work in a new way, try something you’ve never done in your songwriting.

You are not gazing through the glass anymore.You’ve bought the dream.

Remember, songwriting is the privilege of sharing the things we know and love with those of our kind.

PS If you want more Tips and Tricks and Techniques and lots of exercises to improve your songwriting (and singing), check out my book: The Singer and the Songwriter Handbook and Workbook on Amazon.

PPS If you want other posts like these, sign up for my newsletter on the right side of this page and I’ll let you know when my next blog posts. CHEERS!